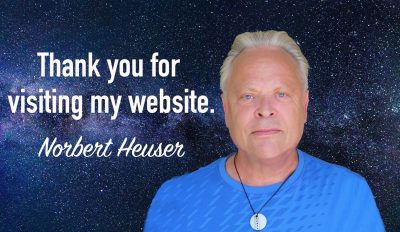 Here you will find all our products which increase the energy level
for people, animals, plants, food, water etc.

To place an order simply send us an email including your name address and phone number to: ipcusaorders@gmail.com.
For any question you may have email to ipcusacorp@gmail.com.

Every WiFi is dangerous to your health

Though most people cannot perceive the harmful influences of electromagnetic radiation, more and more people are starting to feel uncomfortable strange sensations from unknown sources. These days more people suffer from the effects of high-intensity electro- magnetic radiation than ever before without this being diagnosed as the source. This exposure is at its highest level in history and there is no end in sight. All this results in all sorts of health problems.

There are naturally occurring electromagnetic radiations coming from the sun, outer-space, and from the earth itself in Geopathic Zones.

When our bodies are exposed to chaotic, harmful energies beyond the capacity of the body to utilize or assimilate them, our health and well-being suffer.

Our bodies were originally designed in an orderly harmonious way and are meant to live in a relatively orderly environment, at least as far as electromagnetic waves are concerned. Waves from the sun are far less dis-orderly than man-made microwaves as listed above, which carry billions of ‘bits’ of information encoded on them.

With the development of the internet and cell phones, Wi-Fi systems were being widely implemented and can now be found absolutely everywhere.

In recent years much research has been published on the health dangers of Wi-Fi on humans, animals, insects, bees and plants alike. Wireless networks do particular and irreparable harm to the health of children, adolescents and pregnant women. Note that Wi-Fi operates in the same frequency range as the microwave oven and now 5G even exceeds that spectrum by far.

Living and/or working in the area of influence of a WiFi or cell tower station adversely affects health and can lead to a significant decline in health. Conditions directly associated to harmful frequencies like electromagnetic radiation may manifest in the following: cardiovascular and neuropsychic disorders, disorders of the musculoskeletal system, inflammation acceleration, deformation of one’s own body biofield leading to further serious diseases – various forms of cancer, violations of the coronary and cerebral circulation, polyarthritis, and multiple sclerosis, Alzheimer’s, Parkinson’s, leukemia, brain tumors, fatigue, depression, general mental disorders, headaches, unexplained agitation, sleeplessness, loss of concentration, loss of energy, weak vision and memory, sleep disorder visual impairment, nervousness, reduction of the blood levels of leukocytes and lymphocytes, immunity disorders; it adversely affects the endocrine and reproductive system, destruction of bone marrow and much more.

Basically, harmful frequencies can cause negative health conditions in a person. Because each body is different, the harmful waves may affect each person in a different way. Unfortunately, doctors have not always associated these functional disorders with the influence of a WiFi or cell tower stations electromagnetic radiation. Children’s Health Defense website has posted much data exposing these dangers as well as other harmful activities.

The Wi-Fi business is a huge industry similar to the cell phone industry. The maxim:  “Follow the Money” applies to much of the down play promoted by those with a vested interest.  Though many groups of interest try to play down the harmful influences of Wi-Fi stations, etc., plenty of scientific tests have stated exactly the catastrophic consequences of electromagnetic radiation exposure on the human body. https://protectpro.net/health/cancer/